For some reason, the recent “battle of the late night hosts” in the USA has been won by two British guys. Gone are the days of Letterman and Leno monologues; it’s now time for viral video shorts that can be easily consumed on your mobile devices. 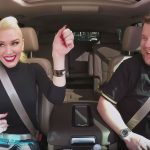 If you’re into pop culture, you might just like some of these poppy videos. And judging by the number of online views, your friends will most likely already be talking about them! Honestly, they’re not for everyone as James does tend to dive into these performers’ personal lives and get a little crass, but if you’re up for a laugh, take a look…

Thankfully, there are Chinese subtitles added so all our friends in China can enjoy~

Here are the top 3 so far on Tencent video:

Which Carpool Karaoke is your favorite? Which one needs Chinese subtitles next?