Exactly how incompetent you are…. what your ex’s best friend really thinks of you… the approximate time that you will die…

Some things in life are better not to know about. And sometimes there can be an actual benefit to not knowing. In this recent episode of the wonderful This American Life podcast, let’s listen to a story of ignorance truly being bliss, or even being an asset to live.

Lulu Wang, a Chinese-American writer, tells the story of an elaborate attempt to keep someone ignorant — her grandmother back in China — and how her family pulled it off; a moving tale of two very different cultures successfully colliding. 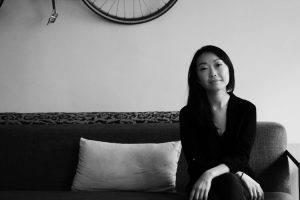 Lulu Wang is a classical pianist turned filmmaker. She recently made her first feature film, POSTHUMOUS, a love story set in Berlin, starring Jack Huston and Brit Marling with Lambert Wilson. POSTHUMOUS is currently available in international territories including Canada, Germany, Turkey, Israel, Australia and Switzerland. The Orchard will release in the U.S. August 2016. Lulu’s short narrative drama TOUCH, premiered at the Palm Springs International ShortFest and was one of 8 finalists at the NBCUniversal Short Film Festival, nominated for Best Short, Best Writer, Best Director with two Best Actor nominees and a Best Actor win. Asians on Film awarded TOUCH with Best Drama and the film was also selected by American Cinematheque for their 11th Annual Focus on Female Directors at the Egyptian Theatre.

Born in Beijing, raised in Miami and educated in Boston, Lulu Wang brings her global perspective to telling entertaining stories in today’s increasingly international culture. She is a recipient of the Chaz and Roger Ebert Directing Fellowship, which was awarded at the 2014 Film Independent Spirit Awards. Wang attended New World School of the Arts in Miami for piano performance and holds a BA from Boston College in Literature and Music. She is also a 2014 Film Independent Project Involve Directing Fellow.

Fluent in English, Mandarin Chinese, and sometimes Spanish, Wang enjoys working with friends, both old and new. She is based online @thumbelulu and offline in Los Angeles and New York.

And if you enjoyed this story, we HIGHLY recommend subscribing to the free podcast This American Life. Not only to improve your American English listening ability, but also to learn some unique parts of diverse American culture.