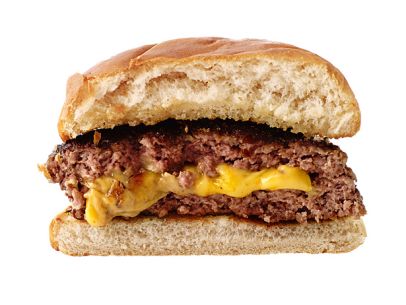 A Jucy Lucy [sic] or Juicy Lucy is a cheeseburger that has the cheese inside the meat patty instead of on top, resulting in a melted core of cheesy goodness within the patty… 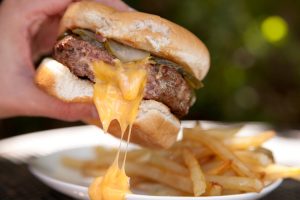 The burger is prepared by putting cheese between two patties of meat, then sealing both patties around the cheese to create a single patty with a cheese core. As the burger cooks, the cheese inside melts. This has the effect of keeping the meat near the center of the burger very juicy. It also separates the cheese from the bun, resulting in a slightly different texture than the average cheeseburger. Normal burger toppings such as condiments, onions, and pickles can also be added. 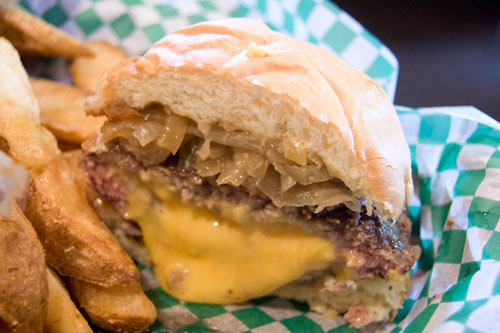 Two bars about three miles (5 km) from each other on Cedar Avenue in South Minneapolis, Minnesota, USA, both claim to have invented the burger: Matt’s Bar and the 5-8 Club. Matt’s credits the bar’s former owner (and namesake) Matt Bristol. One account states it predated his purchase of the bar in the 1950s, but that Bristol formally added it to the menu and thus popularized it. Another version is that the burger was invented by a customer in 1954 who remarked “Oooh, that’s one juicy lucy!” after biting into it. The 5-8 Club does not provide a particular origin story, but the bar itself was originally a speakeasy dating to the 1920s. 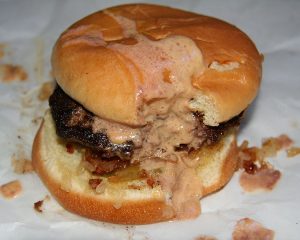 Both bars offer slightly different versions of the burger. One difference is in the spelling: Matt’s removes the letter “i” in “Juicy” (supposedly an inadvertent misspelling dating to the burger’s creation), while the 5-8 Club utilizes the normal spelling. Shirts worn by staff at the 5-8 Club have the motto “if it’s spelled right, it’s done right” while advertising for Matt’s Bar says “Remember, if it is spelled correctly, you are eating a shameless rip-off!” The 5-8 Club offers several different cheese options for their version while the version at Matt’s contains American cheese.

The rivalry between both bars and their interpretations is longstanding, but has gained more exposure since receiving a mention in Time in 2008 and being featured on food-related television shows such as Man v. Food and Food Wars. In 2014, President Barack Obama visited Matt’s Bar and had a Jucy Lucy, prompting the 5-8 Club to provide him one of theirs. 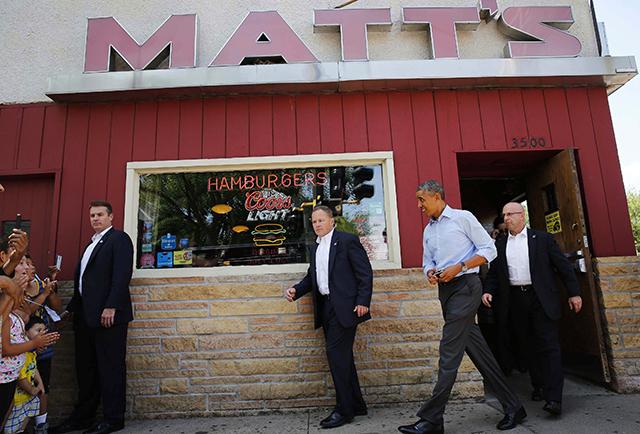 Because all of our mouths are watering now, let’s learn how to make the perfect Jucy Lucy for ourselves…

Fat equals flavor and moisture, so buy high-quality ground beef with a fat content of 15 to 20 percent.

While American cheese is standard in a Juicy Lucy, other cheeses that melt well, such as mild cheddar or pepper jack, can be substituted.

Soft fresh hamburger buns work best with the simple flavors of these burgers. 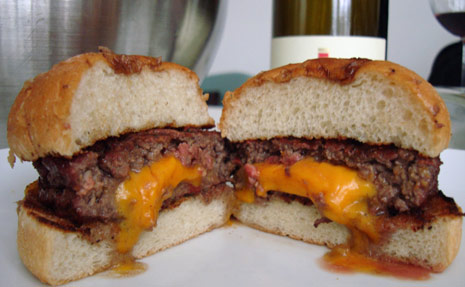 Make sure the burger patties rest after cooking so that the juices redistribute in the meat and the cheese isn’t dangerously hot when you bite into the center.

And if you’re grilling outside, toast the buns right on the grill while the cooked patties are resting. If you’re grilling inside using a grill pan, toast your buns in the oven, because the moisture left in the pan from cooking the burgers will make the buns too soggy. 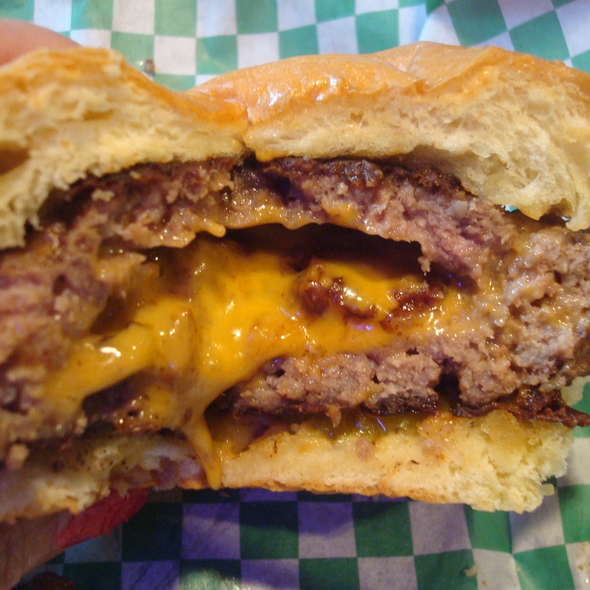 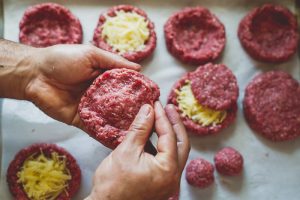 Watch a short video about the Perfect Jucy Lucy here:

Next time you’re in Minnesota, be sure to try this amazing burger – you won’t be disappointed! Or try making it yourself and send us the photo evidence of your results…