Disney’s culture is a far-reaching behemoth… They own ESPN, Pixar, Marvel, and most recently Lucasfilm. We pretty much throw our money at them with whatever they make. Quantity over quality, right?

Little girls and boys have dreamt about becoming princesses and princes for decades now because of them. They also love rehashing their old films and creating huge blockbuster sequels to their successes.

Remember the enchanting animated feature Beauty and the Beast《美女与野兽》měi nǚ yǔ yě shòu back in 1991? They are remaking it as a live-action romantic musical, starring the stunning Emma Watson 艾玛·沃森 ài mǎ ·wò sēn as Belle 贝儿 bèi ér~ 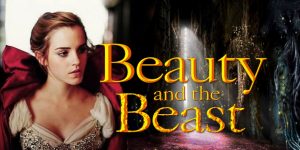 This classic French tale, original title: La Belle et la Bête, has been told countless times before, and now we get to see another full length feature film.

Here’s the official trailer with Chinese subtitles from: (中文字幕)

Fans of the old Disney cartoon should be a wee bit excited because here’s a fun side-by-side video comparing the old cartoon’s scenes and the new remake’s scenes:

From the fan site: moviepilot.com

Scheduled for release in March 2017 in the USA – no word yet on when it will be released here in China.

With Shanghai Disneyland in full swing, we have no reason to think it won’t come to the mainland at some point..

Think it will be better than the cartoon version?